Okinawa Expo Park allows you to experience Okinawan’s rich nature, surrounding waters, history and culture as well as providing a fun encounter with dolphins.
Okinawa Churaumi Aquarium is one of the most popular destinations in the park.

The aquarium introduces you to the mystery of Okinawa’s marine creatures, starting with the naturally lit Coral Sea tank, which exhibits a large selection of coral reef. Next is the enormous, dynamic Kuroshio Sea tank, where you can observe the world’s biggest fish as well as whale sharks and manta rays, which, in a world first, the aquarium has succeeded in breeding. And as you go deeper into the aquarium, you will encounter the Deep Sea tank, in which the which the mysterious deep sea of Okinawa is reproduced, allowing you to experience Okinawa’s entire underwater world.
Come and visit Okinawa Churaumi Aquarium where you can find discoveries and encounters around every corner. We are looking forward to seeing you. 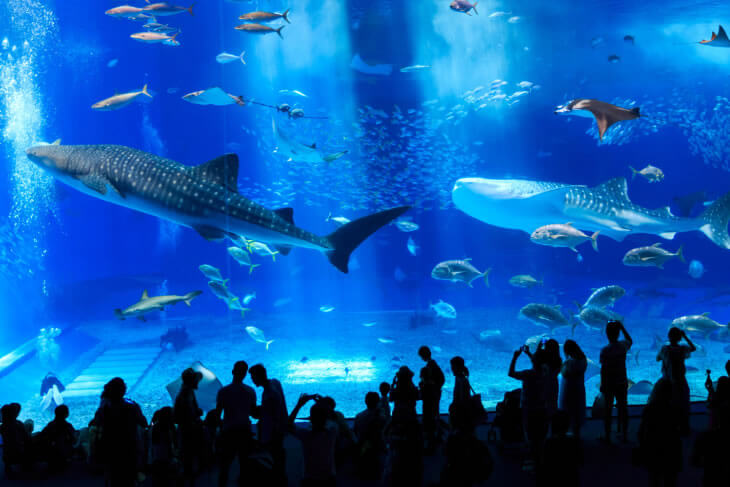 Whale sharks as long as 8.8m, manta rays and a wide variety of fish swim in the gigantic tank.

The enormous acrylic windows that allow such a breathtaking view are 8.2m high, 22.5 m wide and 60cm thick.
Enjoy the thrill and excitement of having sharks, rays and migratory fish of the Kuroshio Sea almost within reach. 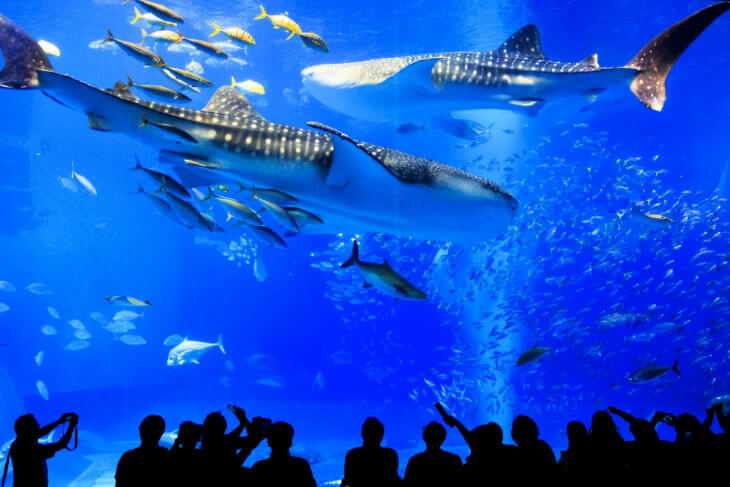 Multiple manta rays – the largest of the rays - raised in captivity. Churaumi holds the world record for raising rays in captivity. 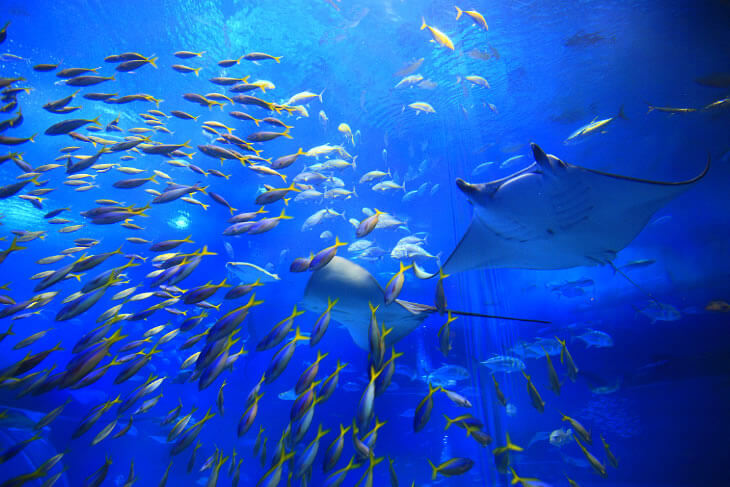 Okinawa Churaumi Aquarium was the first aquarium in the world to succeed in raising and breeding Mobula alfredi, one of the largest species of ray.
Our enormous tank, continuously supplied with fresh seawater, has made it possible for visitors to marvel at the colossal, beautiful forms of these manta rays. 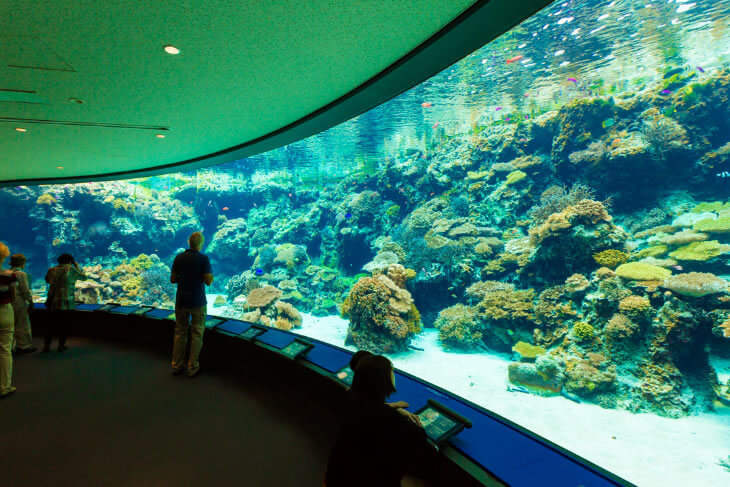 The tanks at Okinawa Churaumi Aquarium are replenished with seawater collected from the surrounding ocean.

The Coral Sea tank, depicting Okinawa’s beautiful ocean, has been designed without a roof. Bathed in natural light, the expansive, 300m3 tank is home to our coral display.
Most of the coral here has been cultivated for over a decade.
The fish who inhabit this coral reef busily dart about and serve to keep at bay seaweed and sea anemones that would otherwise hinder the growth of the coral.
Enjoy the sight of coral growing in its natural state on this reef. 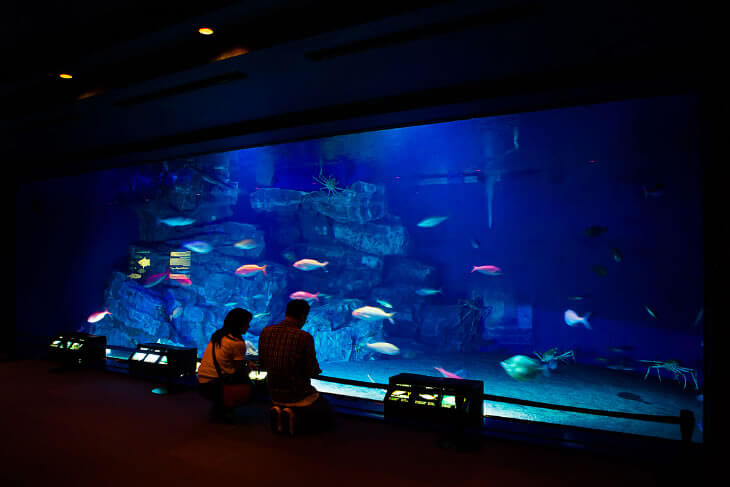 The Deep Sea – as puzzling as outer space.

Did you know that the sea floor surrounding Okinawa is inhabited by a plethora of mysterious creatures?
In this section, you can observe deep sea creatures that live 200m to 700m below the ocean surface.
You can see flame snappers, black snoek, luminescent shrimp and other such rare creatures said to be extremely difficult to raise in captivity as well as get more information on the deep sea environment and its inhabitants through videos and text in the explanatory corner.